Wow…..I can’t believe it…..Las Vegas is now being recognized as a real sports town!  The National Hockey League (NHL) granted a franchise to our town in 2015 and now the Raiders will be calling Las Vegas their home!!!  The future looks very bright for our sports town!  It certainly wouldn’t be a stretch to believe that a National Basketball Association (NBA) and or a Major League Baseball (MLB) team may also be calling Las Vegas home very, very soon!

The hoopla and joy of having a major league sports team in Las Vegas goes far beyond the opportunity to go see your favorite teams.  The positive financial implications are enormous! Take a look at these numbers:

An NHL team has a 23 man roster during the regular season.  The average NHL player earns approximately $ 2.58 million dollars a year with a league minimum of $ 575,000 per year.  An NHL team typically has a support staff of 54 individuals ranging from the General Manager, Head Coaches, Assistant Coaches, Trainers, Team Physicians, Marketing Staff and Scouts, etc.. This does not include the back office staff of accounting , ticket sales, concessions, and so on and so on.  The economic impact of the Golden Knights NHL team to the local economy is immeasurable.

If you think the local economic impact of the NHL team is going to be good, the economic impact of the Raiders is going to be downright outstanding!  The Raiders new stadium is estimated to cost $ 1.9 billion dollars and with potential cost overruns, it most likely will be completed at over $ 2 billion dollars.  When Levi Stadium was built in Santa Clara, California two years ago, it created 12,000 well paid jobs in the construction and support staff market place.  Proponents say the proposed 65,000-seat, domed stadium is the missing link in Las Vegas’ entertainment offerings. A flashy stadium steps away from the Strip could draw an untapped segment of visitors, they say, and those visitors would dine, drink, gamble, shop and pay for other entertainment while they’re here, pumping hundreds of millions of dollars into the local economy. 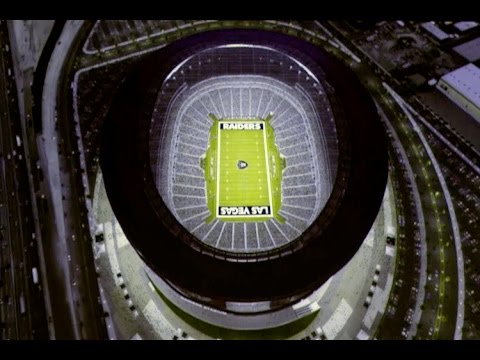 That projection is based on a number of assumptions — the largest being that once the stadium got into a stable routine, it would host 46 sizable events each year and draw an estimated 451,417 incremental visitors. The fact of having these two sports franchises in town will help generate the much needed tax dollars that will go towards upgrading our subpar education system here in Las Vegas.

Last but certainly not least………what do we have to say to real estate investors and house flippers? Get your wallet. The forecast for the future is sunny with a very good chance of profit, so the time to buy is now. Las Vegas is preparing for a cycle of wealth. And with the NHL and NFL bringing jobs, this will in turn increase the housing demand with additional families moving to the Valley.

And, of course, improvements in the city will drive up property values, and that’s the kind of monetary math we can get behind. With Las Vegas, the NHL and the NFL, it’s a sure bet that Lady Luck is on our side.